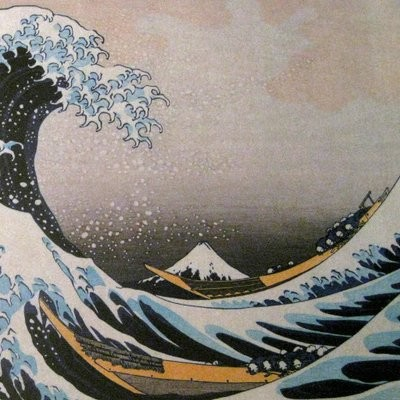 reliable is a reliability layer for UDP connections in Go.

With only 9 bytes of packet overhead at most, what reliable does for your UDP-based application is:

** This project is still a WIP! Scrub through the source code, write some unit tests, help out with documentation, or open up a Github issue if you would like to help out or have any questions!

All packets start with a single byte (8 bits) representing 8 different flags. Packets are sequential, and are numbered using an unsigned 16-bit integer included in the packet header unless the packet is marked to be unreliable.

The packet header layout, much like networkprotocol/reliable.io, is delta-encoded and RLE-encoded to reduce the size overhead per packet.

In the case of peer A sending packets to B, with B not sending any packets at all to A, B will send an empty packet for every 32 packets received from A so that A will be aware that B has acknowledged its packets.

More explicitly, a counter (lui) is maintained representing the last consecutive packet sequence number that we have received whose acknowledgement we have told to our peer about.

Upon updating (lui), if the next 32 consecutive sequence numbers are sequence numbers of packets we have previously received, we will increment (lui) by 32 and send a single empty packet containing the following packet acknowledgements: (ack=lui+31, ackBits=[lui,lui+31]).

Two fixed-sized sequence buffers are maintained for packets that we have sent (wq), and packets that we have received (rq). The size fixed for these buffers must evenly divide into the max value of an unsigned 16-bit integer (65536). The data structure is described in this blog post by Glenn Fiedler.

Let cap(q) be the fixed size or capacity of sequence buffer q.

While sending packets, we intermittently stop and buffer the sending of packets if we believe sending more packets would overflow the read buffer of our recipient. More explicitly, if the next packet we sent is assigned a packet number greater than (oui + cap(rq)), we stop all sends until (oui) has incremented through the recipient of a packet from our peer.

The logic for retransmitting stale, unacknowledged sent packets and maintaining acknowledgements was taken with credit to this blog post by Glenn Fiedler.

It might be wise to not allow packets to be resent a capped number of times, and to leave it up to the developer. However, that is open for discussion which I am happy to have over on my Discord server or through a Github issue.

On my quest for finding a feasible solution against TCP head-of-line blocking, I looked through a lot of reliable UDP libraries in Go, with the majority primarily suited for either file transfer or gaming:

Going through all of them, I felt that they did just a little too much for me. For my work and side projects, I have been working heavily on decentralized p2p networking protocols. The nature of these protocols is that they suffer heavily from TCP head-of-line blocking operating in high-latency/high packet loss environments.

In many cases, a lot of the features provided by these libraries were either not needed, or honestly felt like they would best be handled and thought through by the developer using these libraries. For example:

So, I began working on a modular approach and decided to abstract away the reliability portion of protocols I have built into a separate library.

I feel that this approach is best versus the popular alternatives like QUIC or SCTP that may, depending on your circumstances, do just a bit too much for you. After all, getting just the reliability bits of a UDP-based protocol correct and well-tested is hard enough.

reliable uses Go modules. To include it in your project, run the following command:

Should you just be looking to quickly get a project or demo up and running, use Endpoint. If you require more flexibility, consider directly working with Conn.

Note that some sort of keep-alive mechanism or heartbeat system needs to be bootstrapped on top, otherwise packets may indefinitely be resent as they will have failed to be acknowledged.

A benchmark was done using cmd/benchmark from Japan to a DigitalOcean 2GB / 60 GB Disk / NYC3 server.

The benchmark task was to spam 1400 byte packets from Japan to New York. Given a ping latency of roughly 220 milliseconds, the throughput was roughly 1.2 MiB/sec.

Unit test benchmarks have also been performed, as shown below.

You may run the example below by executing the following command: