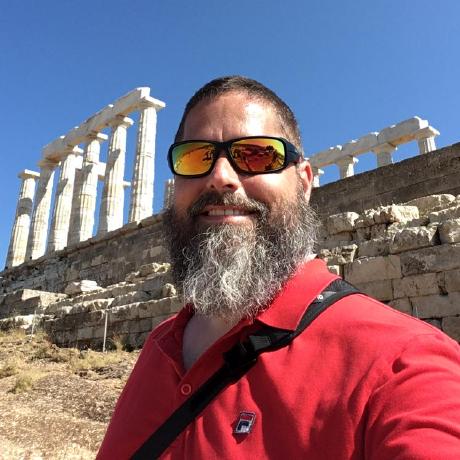 godirwalk is a library for traversing a directory tree on a file system.

In short, why do I use this library?

Additional examples are provided in the examples/ subdirectory.

This library not only provides functions for traversing a file system directory tree, but also for obtaining a list of immediate descendants of a particular directory, typically much more quickly than using os.ReadDir or os.ReadDirnames.

How does it obtain this performance boost? It does less work to give you nearly the same output. This library calls the same syscall functions to do the work, but it makes fewer calls, does not throw away information that it might need, and creates less memory churn along the way by reusing the same scratch buffer for reading from a directory rather than reallocating a new buffer every time it reads file system entry data from the operating system.

While traversing a file system directory tree, filepath.Walk obtains the list of immediate descendants of a directory, and throws away the file system node type information provided by the operating system that comes with the node's name. Then, immediately prior to invoking the callback function, filepath.Walk invokes os.Stat for each node, and passes the returned os.FileInfo information to the callback.

Because most callbacks only care about what the node type is, this library does not throw the type information away, but rather provides that information to the callback function in the form of a os.FileMode value. Note that the provided os.FileMode value that this library provides only has the node type information, and does not have the permission bits, sticky bits, or other information from the file's mode. If the callback does care about a particular node's entire os.FileInfo data structure, the callback can easiy invoke os.Stat when needed, and only when needed.

It's more correct on Windows than filepath.Walk

I did not previously care about this either, but humor me. We all love how we can write once and run everywhere. It is essential for the language's adoption, growth, and success, that the software we create can run unmodified on all architectures and operating systems supported by Go.

The takeaway is that behavior is different based on which platform filepath.Walk is running. While this is clearly not intentional, until it is fixed in the standard library, it presents a compatibility problem.

This library correctly identifies symbolic links that point to directories and will only follow them when FollowSymbolicLinks is set to true. Behavior on Windows and other operating systems is identical.

It's more easy to use than filepath.Walk

In other words, even on Windows, filepath.Walk will invoke the callback with some/path/to/foo.txt, requiring well written clients to perform pathname normalization for every file prior to working with the specified file. In truth, many clients developed on unix and not tested on Windows neglect this subtlety, and will result in software bugs when running on Windows. This library would invoke the callback function with some\path\to\foo.txt for the same file when running on Windows, eliminating the need to normalize the pathname by the client, and lessen the likelyhood that a client will work on unix but not on Windows.

It's more flexible than filepath.Walk

The default behavior of this library is to always sort the immediate descendants of a directory prior to visiting each node, just like filepath.Walk does. This is usually the desired behavior. However, this does come at slight performance and memory penalties required to sort the names when a directory node has many entries. Additionally if caller specifies Unsorted enumeration, reading directories is lazily performed as the caller consumes entries. If a particular use case exists that does not require sorting the directory's immediate descendants prior to visiting its nodes, this library will skip the sorting step when the Unsorted parameter is set to true.

Here's an interesting read of the potential hazzards of traversing a file system hierarchy in a non-deterministic order. If you know the problem you are solving is not affected by the order files are visited, then I encourage you to use Unsorted. Otherwise skip setting this option.

This library provides upstream code with the ability to specify a callback to be invoked for each directory after its children are processed. This has been used to recursively delete empty directories after traversing the file system in a more efficient manner. See the examples/clean-empties directory for an example of this usage.

This library provides upstream code with the ability to specify a callback to be invoked for errors that the operating system returns, allowing the upstream code to determine the next course of action to take, whether to halt walking the hierarchy, as it would do were no error callback provided, or skip the node that caused the error. See the examples/walk-fast directory for an example of this usage.