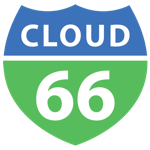 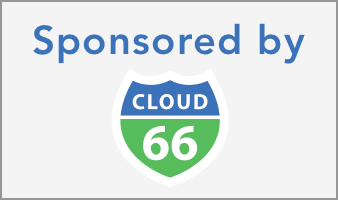 Head to Trackman's releases and install download the executable for your OS / Architecture. Your version will be updated to the latest version after the first run, so don't worry about the version you pickup first.

Using Trackman is simple. It uses a YAML file to describe the steps to run and runs them. Here is an example workflow.yml file:

Save this file as workflow.yml and run it:

Alternatively you can pipe in the workflow into Trackman:

This will run both steps in parallel.

Steps can be made dependent to each other:

In the example above, env will only run once list is finished successfully.

You can make a step dependent on more than one step. Such step will only run once all of the dependee steps have finished successfully.

By default a step is considered successfully finished when it's done with an exit status of 0.

Sometimes however, there are tasks that run asynchronously and return with 0 immediately but their success will be known later. For example when kubectl applies a new configuration to a cluster, its success cannot be determined by the exit status. Trackman supports this by running probes.

Trackman can continue running if a step fails if the step has a continue_on_fail: true.

You can add metadata to the workflow file as well as each step. Metadata can be used in step arguments.

You can use the metadata as arguments of a step:

Trackman can use Golang template language.

Metadata is an attribute on both Step and the entire workflow. You can use MergedMetadata instead of Metadata to gain access to a merged list of meta data from the step and the workflow. If any value is defined in both places, step will override workflow.

To set the working directory of a step, use workdir attribute on a step.

All environment variables available to Trackman when it starts will be passed on to the step commands.

To specify environment variables that are applies only to a single step, use the env attribute:

Success of a preflight check is based on the exit status. You can also assign an optional friendly message to each preflight check to be displayed in the event of a failure.

The following attributes can be set for the workflow:

The following attributes can be set for each step:

Runs the given workflow. Use --help for more details.

By default, trackman logs all output to stdout and at the info level. All logs from all steps are also combined and shown together as they are produced.

Log configuration can be defined with the following options:

Here is an example:

In the example above, the workflow and step2 share a file called workflow.json for logging. Step1 however will log text to stdout.

You can use any attribute from Workflow and Step in naming your log file. Here is an example:

The example above, will use workflow.json for workflow logs but a file named after the step name for each step. You can use Golang templates for this feature. The template is rendered with a context of Workflow and Step (in the example above, .Step is used)

Another example is to use the Workflow SessionID as log file name:

You can use the parse command to see how the workflow input yaml file is parsed and what the placeholders (like environment variables) are replaced with before running them. Use parse like run but without any timeout or concurrency options:

Manually checks for updates. It can also switch the current release channel.

Shows the channel and the version

Trackman updates automatically to the latest available version after each run (except for the version command). By default it runs the stable channel but you can switch the channel:

This will switch trackman to the dev (development) channel and will update it to the latest version of that channel after each run. You can check for updates manually using the update command as well. dev channel doesn't get automatically updated.

If you want to release a new version of Trackman manually, follow these steps:

The last step assumes you have a configured AWS CLI installed on your machine with the right permissions to push to downloads.cloud66.com bucket.

If you need to rollback a release, switch to the right tag and repeat the build / publish steps but run the build step with the --force flag:

Having the force flag on a release will force all clients to update all the time which is not desired. You will need to take this flag off when the issue is resolved and push a new version out with a higher version.