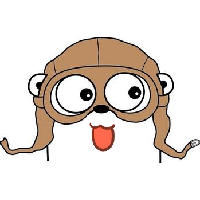 CleverGo is an enhanced version of julienschmidt/httprouter which provides extra useful features.

CleverGo isn't an another web framework, it aims to be a lightweight, feature-rich and high performance HTTP router which can be intergrates with any third-party packages(such as HTTP middlewares) easily.

Only explicit matches: With other routers, like http.ServeMux, a requested URL path could match multiple patterns. Therefore they have some awkward pattern priority rules, like longest match or first registered, first matched. By design of this router, a request can only match exactly one or no route. As a result, there are also no unintended matches, which makes it great for SEO and improves the user experience.

Stop caring about trailing slashes: Choose the URL style you like, the router automatically redirects the client if a trailing slash is missing or if there is one extra. Of course it only does so, if the new path has a handler. If you don't like it, you can turn off this behavior.

Path auto-correction: Besides detecting the missing or additional trailing slash at no extra cost, the router can also fix wrong cases and remove superfluous path elements (like ../ or //). Is CAPTAIN CAPS LOCK one of your users? HttpRouter can help him by making a case-insensitive look-up and redirecting him to the correct URL.

Parameters in your routing pattern: Stop parsing the requested URL path, just give the path segment a name and the router delivers the dynamic value to you. Because of the design of the router, path parameters are very cheap.

Zero Garbage: The matching and dispatching process generates zero bytes of garbage. The only heap allocations that are made are building the slice of the key-value pairs for path parameters, and building new context and request objects (the latter only in the standard Handler/HandlerFunc API). In the 3-argument API, if the request path contains no parameters not a single heap allocation is necessary.

Of course you can also set custom NotFound and MethodNotAllowed handlers and serve static files.

All usage and examples can be found at GoDoc:

There are a lot of third-party middlewares can be used out of box, such as:

Chain allow to attach any middlewares on a http.Handler.

You can skip this section if you have not use httprouter before.

The usage of this package is very similar to httprouter, but there are serveral important differences you should pay attention for.

Why not contribute to the original repository?

There are multiple reasons: